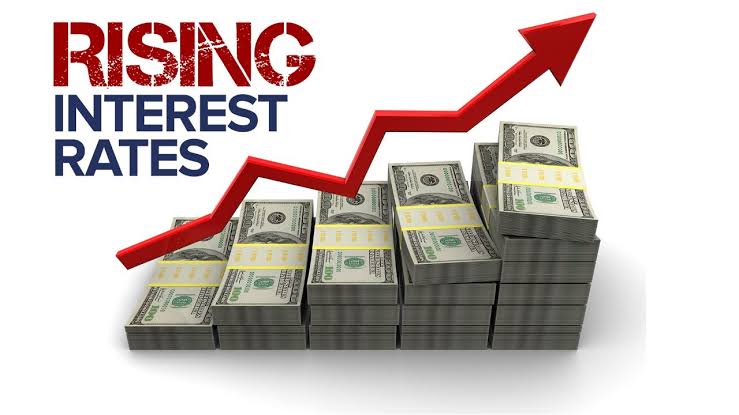 When the COVID-19 pandemic began in early 2020, the Federal Reserve was quick to act by substantially reducing interest rates, which resulted in many new buyers entering the market to purchase a home at low rates. Because of the high appeal of owning a home, buyer demand far outstripped the supply of homes, which caused home values to skyrocket by the end of 2021.

Since March 2022, the Federal Reserve has increased interest rates five times in an attempt to balance the market more effectively. These changes have affected the entire market and have caused buyer demand to slow over time. On December 14, the Fed hiked rates another 0.75 percentage points. This affected buyers and sellers.

Why Interest Rates are Rising

Keep in mind that the yield curve is currently inverted, which means that long-term interest rates are lower than short-term rates. Investors are finding that short-term treasury notes and bonds are providing better returns when compared to 10-year bonds. Interest rates are currently increasing and have been doing so since March because the Federal Reserve believes that doing so will reduce inflation and slow down the market enough to keep things from getting too out of control.

The main issue with this approach is that many economists believe that the Federal Reserve is overreacting and should no longer be increasing interest rates if they want the economy to remain healthy. Many believe that the last Fed meeting in December, when the Fed rose rates by 0.50 percentage points, will be the last one.

The primary upside with the announcement is that it was slightly lower than the 0.75 percentage point increases that have been announced the last few times. While the Federal Reserve continues to state its commitment to reducing inflation, rates have increased to a level that’s near what officials are happy with.

The markets currently believed that the chance of a 0.75 percentage point increase was low since Jerome Powell, head of the Federal Reserve, has indicated that they will make smaller changes when nearing peak rates. As mentioned previously, there have been five rate increases since March, which is why many economists find that the Federal Reserve is making a mistake.

To gain a better understanding of the market reaction, let’s take a look at recent statements by a reputable stock picker, who has been working on Wall Street for over 20 years, Cathie Wood. On December 7, Wood stated that the interest rate hikes could outweigh the benefits. Wood has long been critical of these rate hikes and believes that the overall bond market “seems to be signaling that the Fed is making a serious mistake”, which is largely the result of yields on 10-year treasury notes falling by 80 basis points below the rates for two-year treasury notes. This is the largest yield curve inversion in more than 30 years.

These inversions are regularly seen as a sign that a recession is about to occur. Wood has also stated that “Deflation is a much bigger risk than inflation.”. It’s believed that inflation dropping too much in the early days of a recession can cause prices to dip to a much lower point, which worsens the economic crisis.

Even though interest rates continue to rise, housing inventory in Boston and Massachusetts is still relatively low. While there’s been a small reduction in buyer demand over the past six months, demand is still higher than supply, which is why home values haven’t dropped sharply. The number of homes sold in Boston in October 2022 was just over 16% lower than in October 2021, which indicates that buyer demand is dropping. However, home values have increased by more than 7% since October 2021, which means that the housing supply is low.

Buyers who are remaining in the market must contend with higher monthly payments. Higher interest rates make it more difficult for buyers to qualify for the same homes that they would have just six months ago. Even though home values haven’t risen too much as of late, an interest rate of 7% for a conventional mortgage means that a buyer must pay considerably more on a 30-year mortgage loan than they would if they received the same loan at a rate of 5%.

Buyers may still be able to qualify for a higher loan amount if they provide a large down payment and have a good debt-to-income ratio. Now that buyers are being forced to purchase homes that cost somewhat less, there’s more demand for affordable properties. For buyers, this situation will likely continue to worsen over the next six months since interest rates are expected to increase even more.

Housing inventory is still low throughout Boston and Massachusetts. The small number of sellers who are currently in the market continues to believe that home values will increase over an extended period of time and that they will receive multiple offers that allow them to create a bidding war. Since the market is tilted towards sellers, they are only taking offers from buyers who have received preapproval.

However, sellers have begun to make small changes to their behavior because of the continual increase in interest rates that has occurred over the past eight months. Sellers might benefit from buyers locking in a preapproved interest rate because of the belief that interest rates will rise even higher over the next six months. Keep in mind that sellers must also contend with fewer buyers in the market, which means that multiple bids become less likely.

Since demand is lower, sellers are starting to see more price dips. When market conditions were most favorable to sellers in 2021, it was common for buyers to make offers that were higher than the listing price. This is no longer the case. The higher interest rates of today mean that monthly payments on the seller’s next home will be higher.

The rise in interest rates affects buyers and sellers alike. While the Federal Reserve might not increase rates as much as they have in previous months, it will still be some time before interest rates drop. If you plan on buying or selling in the near future, approach the market with caution.