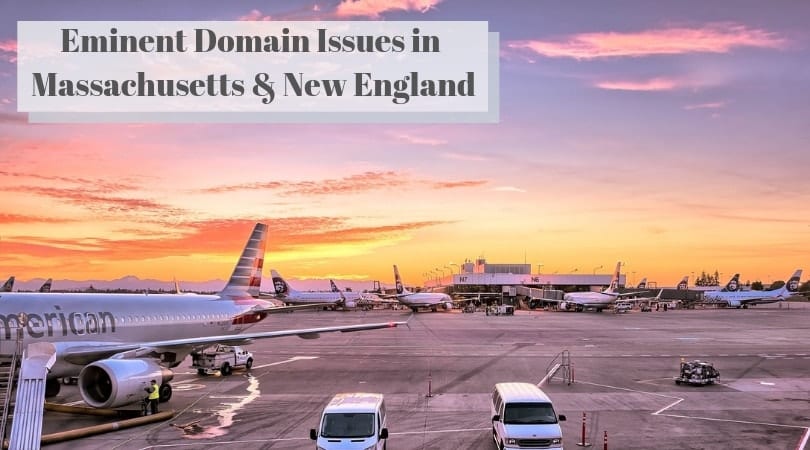 What is the process when private real estate is needed for public projects? ‘Eminent domain’ is the label frequently used to describe that process, and its basis lies in the U.S. Constitution. All U.S. states, including Massachusetts, have their respective statutes regarding the state taking private real property. Although eminent domain’s application has expanded in recent decades, it is now a contentious issue in many regions. This latest controversy means appraisers currently have a critical role in the eminent domain field, working for private property owners and public entities. When eminent domain plays a part in an appraisal assignment, both the appraiser and client need to be aware of the unique requirements of this kind of practice.

What Is Eminent Domain?

‘Eminent domain’ is the legal term for a government’s legal authority to take private property and convert it to public use. The process of eminent domain is also called condemnation. This power is granted to American governments by the Fifth Amendment of the U.S. Constitution, which also requires that a government that takes private property must offer the property owner equitable indemnity. Courts have traditionally considered just compensation as fair market value for the property taken. The U.S. Supreme Court has defined fair market value as “… the price at which the property would change hands between a willing buyer and a willing seller, neither being under any compulsion to buy or to sell and both having reasonable knowledge of relevant facts.”

Massachusetts law further regulates eminent domain within the state. That law does not limit the kinds of uses for which governments can employ eminent domain. In 2005, the U.S. Supreme Court upheld a government’s right to condemn real estate for private development. The decision sparked debate about appropriate uses for eminent domain. Contested uses include those for private redevelopment, sports stadiums, and recreational trails. The issue often revolves around whether the term ‘public use’ includes public improvement or public benefit. Since 2005, 44 states have enacted laws that limit their uses of eminent domain. Massachusetts is not one of those states.

Similarly, local governments often constitute specific boards or authorities to oversee redevelopment projects in their areas. The Boston Redevelopment Authority directs urban renewal in defined areas of a city, totaling about 3,000 acres. There are similar authorities throughout New England, including in Bangor, Lewiston, and Springfield.

An appraiser can provide a value estimate either for an eminent domain authority or a property owner. When working for the condemning authority, the appraiser may have a role in estimating project costs, preparing appraisals to establish just compensation offers, or serving as an expert witness in court proceedings. Likewise, the appraiser might be retained by the owner or the owner’s attorney after the appraiser has estimated value for a property owner. If the property owner and condemning authority can’t negotiate just compensation agreeable to both parties, they usually proceed to court. In that situation, the appraiser is often seen as an expert witness, and he is almost always hired by the owner’s attorney.

Appraisal assignments for eminent domain require special training and experience. The appraiser must be familiar with valuing partial property rights, such as easements and rights-of-way. He should also be well-informed about the applicable laws of where the taking occurs: these may affect both the market value definition and the admissibility of comparable sales. In an eminent domain court case, the appraiser acting as an expert witness may be asked to provide court testimony. This service demands the appraiser possess excellent public presentation skills and thorough knowledge of court procedure.

Advice for Consumers and Practitioners

Eminent domain has a specific and complex history. The U.S. and Massachusetts both have laws governing the taking of private property for public use. The traditional application of eminent domain is for building highways, utility lines, and public safety projects. Eminent domain also has a role in urban renewal, where a local government seeks community improvement by acquiring and redeveloping a property. Expanded use of eminent domain—for individual developers, sports facilities and trail corridors—has gained public scrutiny. Appraisers serve the eminent domain process by providing estimates of fair recompense, for public entities and private property owners. This service is a specialized area of appraisal practice. Appraisers need extra training to be competent in eminent domain issues and public testimony. Sometimes, an appraiser’s most crucial role is advising a prospective client to seek legal help before ordering an appraisal for just compensation. 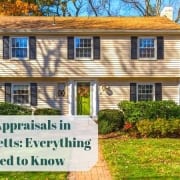 Estate Appraisals in Massachusetts: Everything You Need to Know